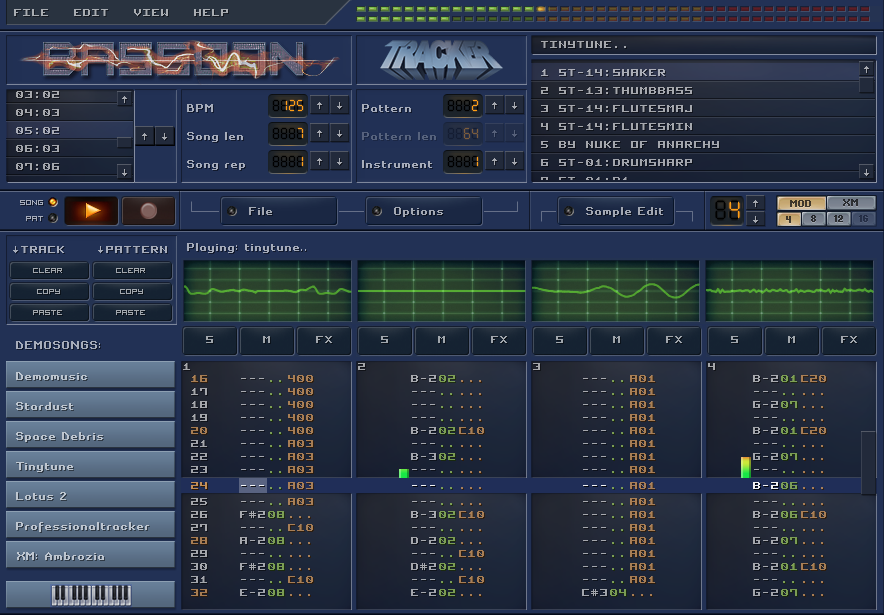 During the past months I have been tinkering along on Bassoontracker - My browser based Retro Music Tool.
Today, it's ready for a next big release: Version 0.3.0 is out!

The most important feature is full FastTracker 2 compatibility. Yeah baby!

Fasttracker II was a music creation tool for DOS, released back in 1994 and it became THE standard for a long time for tracker based music.
1994 was also the year that Commodore went belly up, pulling the Amiga with them, so a lot of Amiga musicians made the jump to PC around that time, finding Fasttracker 2 as a perfect successor to Protracker.

Fasttracker is quite a bit more complex then a simple "sequencer". It added proper "Attack Decay Sustain Release" to instruments making them sound far more natural  and supported 16 bit samples, a huge step up in quality.
Up to 32 channels are supported, 128 instruments, 2 concurrent channel effects and much much more ...
That was fun to implement!

Other big changes are:

And all that still in plain old javascript with ZERO dependencies. 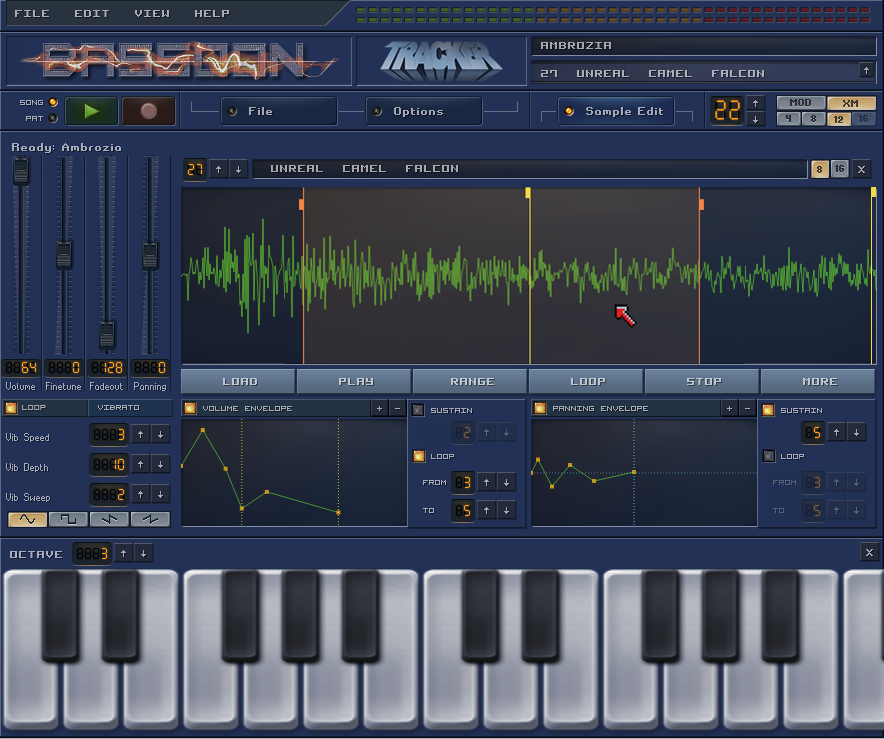 During the years many thousands of music tracks have been made and you can access them all through the build-in Modarchive and Modules.pl browsers. (Which now have been expanded to include FastTracker .xm files too)

The playback engine has gone through extensive compatibility testing but if you find a module that doesn't sound the way it should: drop me line.

More info and full source code on Github:
Or check out the live demo on https://www.stef.be/bassoontracker/

This is http://blog.stef.be optimised for your mobile device